Jag har skrivit förut om journalister som rapporterar från Mellanöstern utan att visa några tecken på kunskap om eller ens intresse för regionens historia. Det här inlägget av en "fixare" i Libanon (d.v.s. en person som mot betalning fixar kontakter, tolkar intervjuer och ofta till och med förser besökande reportrar med idéer och uppslag till artiklar) ger en liten inblick i hur det kan gå till när den här sortens artiklar produceras.
Ett utdrag: "When I first met freelance journalist Ruthie Ackerman in a cafe in Beirut in early September, I realized that she did not know anything about Lebanon. Ms. Ackerman had arrived in Beirut to do a story on social networking, but it quickly became apparent that this reporter had not done her homework. Ms. Ackerman did not know who Hassan Nassrallah was. Ms. Ackerman did not know that Saad Hariri was the name of the prime minister of the country who’s coffee she was then sipping. When, later, I took her to see a Palestinian refugee camp on the outskirts of Beirut she asked, “Where are the tents?”" Läs hela.
Posted by Per Björklund at 9:34 AM No comments:

Posted by Per Björklund at 2:48 PM No comments:

Posted by Per Björklund at 10:59 PM No comments: 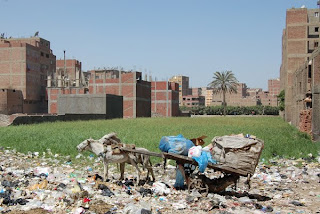 Posted by Per Björklund at 4:06 AM No comments:

Yes we can... ElBaradei leker Obama 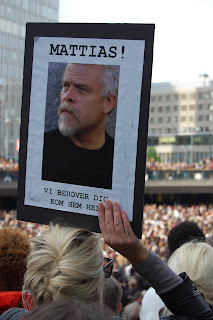