Egypt is now a glitzier, more prosperous land with pharaonic-style riches to match its pharaonic-style leader (now entering his 29th year in power). Except, as the GAFI report inconveniently points out, 90% of the country has yet to see any of the bounty. Foreign investment has been largely channelled into sectors like finance and gas which create few new jobs. While national resources like natural gas have been sold at subsidised rates to the tycoon owners of iron and fertiliser factories, the cost of ordinary commodities like bread and cooking oil has spiralled. In fact since the IMF began hauling Egypt's economy into modernity, Egyptians have got steadily and dramatically poorer: when structural adjustment began 20% of the population were living on less than (inflation-adjusted) $2 a day; today, that figure stands at 44%. In the past decade, when GDP growth was at its strongest, absolute poverty has climbed from 16.7% to almost 20%. Chomsky called neoliberalism "capitalism with the gloves off"; it's hard, looking at this jumble of statistics, to discern anything but a shameless hit-and-run job perpetrated by a tiny band of Egypt's business elite.

Of course this isn't the first time that conservative economic theory has proved to have a catastrophic effect on the lives of ordinary people, especially in poorer countries, but this report – sponsored by the very government it criticises – is a particularly powerful example of just how dangerously flawed the idea is that making the rich richer can be a engine of society-wide economic progress.

Timothy Mitchell argues that neoliberalism's triumph is its double-thinking: it encourages the most exuberant dreams of private accumulation and yet aggressively narrows public discussion so that "the collective well-being of the nation is depicted only in terms of how it is adjusted in gross to the discipline of monetary and fiscal balance sheets". Nowhere is that truer than in Egypt, a doublethink society where the ruling National Democratic Party can use its annual conference (held last weekend) to congratulate itself on wearing a western-tailored economic straitjacket while millions struggle to meet their basic daily needs.

The conference was entitled "Just for you". Whom that "you" was wasn't specified, but it can't have been any of the 90% shut out of Cairo's miraculous economic boom. As the eminent Egyptian economics professor Galal Amin argues, "Those who continue to preach the trickle-down theory are likely to be the ones who do not really care whether anything trickles down at all."

Posted by Per Björklund at 4:38 AM 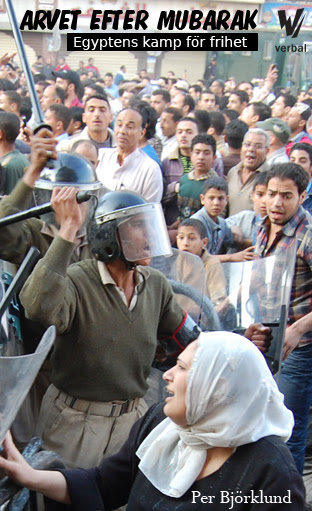